Highlights Of The Olympics 2018 Opening Ceremony

More than 1,200 people, including 1,000 residents of Gangwon province, form the shape of a dove out of candlelight during the opening ceremony.

Beginning with fireworks and ending with the lighting of the Olympic cauldron, Pyeongchang’s Winter Olympics opening ceremony, called “Peace in Motion,” took place Friday evening amid gusts of wind and frigid temperatures.

In the parade of nations — 92 are taking part in these Olympics — American luger Erin Hamlin, a four-time Olympian, served as Team USA’s flag-bearer. A unified Korean team marched together under a unification flag. But many thought Pita Taufatofua — who competed in taekwondo in Rio’s Summer Games and is in Pyeongchang to compete in cross-country skiing — stole the show by reprising his bare-chested appearance as flag-bearer for Tonga. 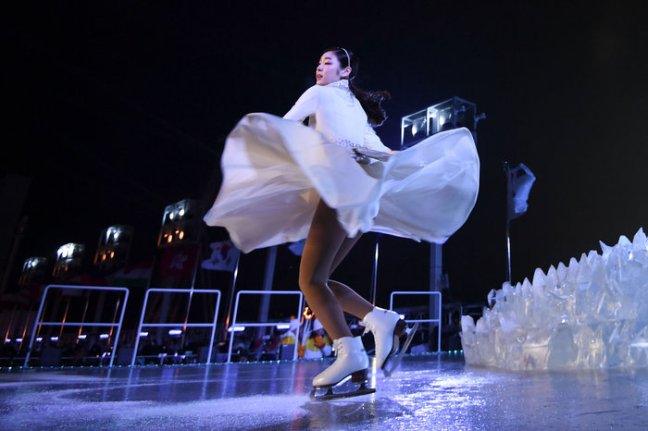 A firework display during the opening ceremony. Jonathan Nackstrand/AFP/Getty Images

If you are looking for something thrilling at your special corporate event, wedding or grand opening? How about  gorgeous crystal chandelier aerial bartenders and talented Saxophone player? Together they will bring you a fabulous new way to amaze your guests.

These ideas and more you can find at www.AerialArtistry.us

If you decide to use one of these services, I’d love to hear about it.  You can email me at Tatyana@AerialArtistry.com Also become a fan on Facebook (https://www.facebook.com/pages/Aerial-Artistry) or follow us on Twitter(@AerialArtistryE).